From Amsdorf to every corner of the globe

“In central Germany more than in any other region, people have explored the possibilities of lignite, its components and their benefits to society.
This has given rise to technological processes which have become familiar throughout the world and have had a marked effect on industrial history, and in particular on that of process engineering, for the last 100 years.
The extraction of crude montan wax from bituminous brown coal is just such a process, and one whose products have been exported from Amsdorf to capture world markets.”

Prof. Dr.-Ing. habil. Klaus-Dieter Bilkenroth
Former chairman of the board of MIBRAG / Honorary miner of the Central German Brown Coal Mining District:
Founder’s introduction to ‘Wax from Brown Coal – The History of the Extraction and Upgrading of Brown Coal in the Oberröblingen Mining District’

Formation of the ‘Oberröblingen lignite basin’, classified as being of the ‘salt migration type’. The lignite is remarkable for its high proportion of valuable bituminous ingredients.

Lignite mining is first documented in the area around Amsdorf.

Brown coal is mined primarily to supply fuel to the local population and the nearby saltworks in Halle (Saale).

Briquette manufacture and low-temperature carbonization are the first refining techniques used for lignite.

The first extraction plants provide a new and efficient method of upgrading lignite. 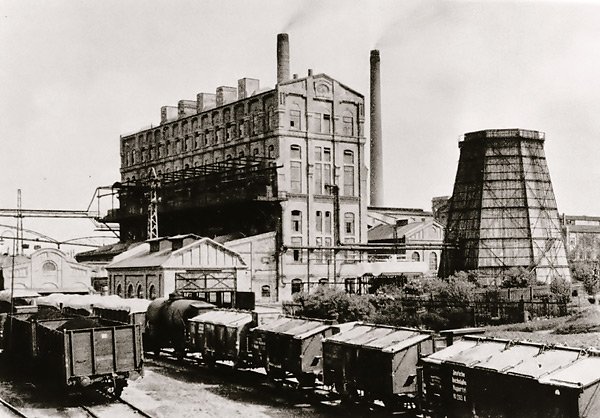 A new foundry process is introduced by Karl Gries (director of the montan wax factory in Amsdorf) – the typical ‘cube form’ is created: our trademark, and a standard product on the world market to the present day. The ‘ROMONTA cube’ has also survived on our company logo. 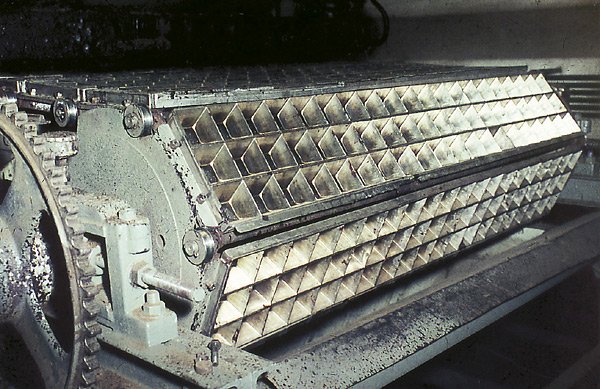 A new fine grit extraction process introduced by Karl Gries increases the wax yield considerably – for the first time, it can also be extracted from pulverized lignite.

Products from Amsdorf change their brand name from Riebeck to ROMONTA.

Commissioning of the first pellet plant, which enables the waxes to be packaged in accordance with customer requirements.

First use of montan wax dispersions in the hydrophobic treatment of construction materials.

Second privatisation of the group by management buy-out.

The DE 5 steam generator is the first thermal waste utilisation plant in Saxony-Anhalt fired by substitute fuels from municipal waste.
ROMONTA makes its mark as a waste recycler.
Commissioning of the special wax plant for the production of wax compounds with a high melting point and waxes with a wide range of viscosities, waxes with solid fillings and fine-grained pastilles.

Expansion of our facilities for the production and storage of montan wax dispersions for the construction industry.

The alliance forming the regional growth core ‘Innovative Lignite Integration in Central Germany’ (ibi) has set itself the goal of developing new technologies for the material processing of lignite.
ROMONTA, with the industrial site at Amsdorf, is using its core skills to upgrade lignite by agglomeration and drying, followed by extraction.
The shared objective of the network is to establish a lignite chemical park.